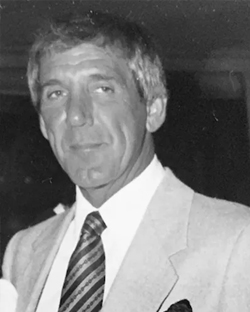 Stuart Swidler. 93 May 8, 1928 – September 17, 2021 Son of Mindy and Joseph Swidler, and brother of Paul Swidler died on Wednesday September 17th 2021 of natural causes in Palm Desert, California. Stuart was born in Chicago and moved to Los Angeles at 16 years old where he attended LA High School and was revered as a valued track star. While attending UCLA Stuart met and married Barbara Dunas in Los Angeles. During the beginning of their marriage he was drafted into the army where he became a Sargent. Stuart and Barbara had three children, Curt, Cari and Clay and continued to live in LA until 1967 when the family moved to Newport Beach. Many years later, Stuart met his second wife Marit Swidler and was married for 46 years. His profession was Real Estate and Development and his passions an amateur photographer kept him very busy. He was a gifted athlete playing tennis and skiing most of his life. He is survived by his loving wife Marit Swidler, his two children, Cari Beth Hoyt and Clay Eric Swidler, his adored grandchildren, Nicole & Reyhan Haunert, Peter & Roxanne Hoyt and Robert Chase Hoyt and his precious little loves, his great grandchildren, Duke Taylor Hoyt, Goldie Taylor Hoyt and Beau Taylor Hoyt.