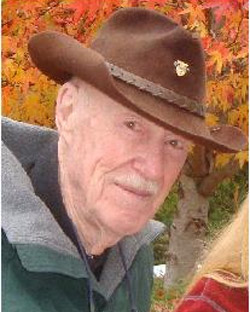 Lt. Col. Theodore (Ted) Fite, 96, passed away at his home in Redlands , CA on November 14, 2019. Ted was born on March 10, 1923. His parents were Col. John H. and Madeline Fite. He was a third generation Redlandser, with his grandfather, Sydney Yale Wynne, having been one of the city’s early doctors.

Ted graduated from West Point in 1945 and was commissioned with pilot wings on June 5 of that year. He was a pilot in the U.S. Army Air Corps, which later became the U.S. Air Force. During his career his assignments included tours in Germany, Turkey, Japan, and Vietnam. He also served on the teaching staff at Virginia Tech. Planes flown include the B-17, B-26, B-25, and B-57. Additionally, he flew a C-47 and was among the first wheels on the ground in the Berlin Air Lift. Ted’s honors include two Bronze Stars, the Meritorious Service Medal and the Medal for Humane Action.

He retired as Deputy Commander of Mather Air Force Base. Ted married his lovely Irish wife, Pat, who worked with the American forces in Europe, in 1948. Ted was a man of engaging personality, broad knowledge, and wide perspective. He was truly the dad who knew everything. He was an insatiable reader and was astute in history, nature, geology, astronomy, music and world affairs.

During his travels, he respected the varied cultures and cherished the friendships he made. Ted enjoyed hiking and traveling with his family, and he visited many a mountain range with his children, Heather and Patrick. His forthrightness, integrity, and extensive experience were Ted’s hallmarks as a soldier. Ted lived by the West Point motto: "Duty, Honor, Country"

He was an active member of the Order of Daedalians, and was associated with the American Legion and the Elks Lodge. He was predeceased by his wife, Pat; and his daughter, Colleen.