Written by Night For Vets on June 11, 2019. Posted in Gone But Not Forgotten 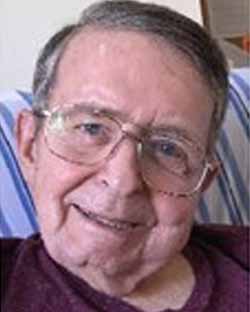 Dallas, or Thomas D. "Sandy" Sanders went home to our Lord and his beloved wife on May 21, 2019 under the care of Willamette Valley Hospice and Zoe Adult Foster Care Home after a long illness. Tom was born Sept. 16, 1937 in Rutland, VT to Cloyd and Kathleen (Kay) Sanders. He graduated from St. Joseph Academy in 1955. Enlisted in the USAF Air Force in 1956 and served for 24 years. He also earned a Bachelors in Vocational Education from The University of Southern Illinois and a Masters of Human Behavior from United States International University. Tom married Catherine (Kay) Griffiths of St. John, Newfoundland, Canada on Nov. 7, 1960. They were married 50 years when Kay passed away in 2011. Tom was a member of Knights of Columbus where he was a Fourth Degree Knight and served as Treasurer. After retiring in 2002 as Manager of Family Services at Los Angeles Air Force Base he became a volunteer for the Loma Linda VA Hospital. Tom is survived by his children, Cathy Sanders of Dallas, OR, David Sanders of Redlands, CA; Jo-Ann Sanders of Grand Terrace, CA; and Ronald Sanders of Highland, CA; granddaughter, Allyson M. Sanders of Dallas, OR; and grandson, Eamonn Sanders of Redlands, CA ; His brother Richard Sanders of Atkinson N. H. and sister Carol Harney of Fair Haven VT.