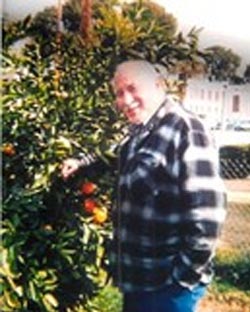 Born on January 14, 1937, in Riverside, California. Tony, passed away May 20, 2018 at the age of 81 in his home comfortably as he wished surrounded by his devoted wife, children, grandchildren, and great grandchildren. Retired after 20 years from his former employment, and served our nation honorably in the United States Army. He is survived by his ever so loving wife Margarita Garcia; his caring sister Pauline De La Cruz; his 11 children: Percy, Susie, Tona, Lupe, Vicky, Delfina, Esther, Belinda, Tim, Mike and Ray; he has 34 grandchildren and 25 great grandchildren. He was preceded in death by his parents Guadalupe and Josefina Garcia and his 3 brothers Lupe, Cecilio and Jess Garcia.

Tony was a very dedicated Roman Catholic, who religiously attended Sunday services at Our Lady of Guadalupe Shrine. “The greatest man” who many people had the pleasure of meeting, he was a very pleasant, most generous, friendly, courageous, giving, considerate, and admired man who was always so well respected by family and friends. He had such an enormous heart that he never hesitated to help those in need.

Tony and his wife always had a full house with family and friends, especially on holidays where they welcomed everyone with love and created lots of happy memories. Tony had a passion for tending to his fruit trees and watching them produce. You could find him in the backyard under the shade of his fruit trees telling his army stories to his children and grandchildren and could tell they were amazed by the looks on their faces. The love Tony had for his family was so immense that he made sure they all had everything they needed, he made many sacrifices so that they could have a comfortable life. Our loving father will never be forgotten and will forever be in our hearts.