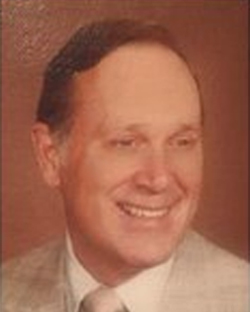 A much-loved husband, stepfather, grandfather, uncle and friend, Vern died as a result of heart disease in Temecula, California at the age of 88. He was born and raised in Valparaiso, Indiana by his loving parents, Virgil and Ollie Smith. Vern was predeceased by his brothers, Harry and Joseph.

Vern is survived by his wife, Gladys Swanson Knowles Smith and two stepsons, William Knowles (and his children Keith and Layla) and Brian Knowles (his wife Ayako and children Alisa and Selina); and Vern’s nephews, Robert and Gary (wife Giselle) Smith of Colorado, and Paul J. Smith of Indiana.

Vernon was a graduate of Valparaiso High School (1949) and Purdue University (1954). He served in the U.S. Army (1954-1956) as a First Lieutenant during the Korean War. He worked in sales for Phillips Petroleum and for International Paper Company, and then as a Revenue Agent for The U.S. Treasury Department, Internal Revenue Service for 25 years (Fort Wayne, IN and then Indianapolis, IN until 1995). He was a lifetime member of The Masonic Lodge, Valparaiso, Indiana.

Vern was an avid reader and historian. He and Gladys traveled to Europe, Scandinavia, Egypt and Central America. He and Gladys retired to sunny Temecula, California in 1996, where they have lived for 23 years. They traveled in each of the western states extensively, including hiking in the national parks and in search of Indian rock art (petroglyphs and pictographs). He enjoyed taking his grandchildren on historical tours. Vern’s passions were history and genealogy. He is a former member of Temecula Valley’s Museum, Historical Society and Genealogy Society.

Vernon had an engaging sense of humor and was enjoyed by all who knew him. He was often heard to say “leave ’em laughing” and he did!