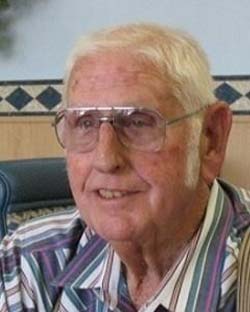 Virgil Lee Christie (known as Lee) was born in Santa Ana, CA on November 22, 1928 to Lewis Franklin Christie (age 34) and Lelah Helen (Miller) Christie (age 31) and was the youngest of four children: Helen Marie (Christie) Blake-Hedges / Glenn, Burton M Christie and Dorothy Louise (Christie) Howe. The family lived in Garden Grove when “Lee” was born and moved to Long Beach, Ca. when he was young. On Thanksgiving Day 1940 Lee moved with his parents and sister Dorothy to a ranch on 8th St. (now Shaver St.) in San Jacinto, CA. While growing up, Lee was a spirited young man who worked on the family ranch, rode horses and motorcycles, hunted, and learned to fly with longtime valley flight instructor Waldon Weaver at Harmon airfield on San Jacinto St. at Commonwealth Ave. Lee graduated from San Jacinto High School in 1947 and joined the Army National Guard, “G Company”, 224th Infantry Regiment at the Hemet Armory in August 1948 and was deployed to Korea in 1950 where he served with his Unit earning a Bronze Star for acts of heroism in combat. Lee was then transferred to 40th Division Supply, and then 224th Regimental Supply in Puson, South Korea. Lee discharged as a Master Sergeant. Upon returning home Lee drove heavy equipment, building Highway 395 through the hills south of Sun City, Ca. He also drove a tractor-trailer delivering goods to San Diego and Los Angeles for So-Cal Freight Lines. For the majority of his working life Lee was employed by the electricity distribution utility, originally California Electric Power Company (Cal-Electric), it was purchased by Southern California Edison in the 1960s. Lee worked his way up to the supervisory position of Distribution Crew Foreman in 1960, a position he held until his retirement in 1984. In 1952 he was introduced to Lylas Adele Monaghan and they were married October 11, 1952, Lee was 23 years old and Lylas was 24 (she was 4 months older than Lee). Lee and his family lived mostly in Hemet, Ca with the exception of four years in Barstow, Ca (1960-1964). Lee could have a gruff persona but when he warmed to you, he was very social, warm, caring, loving, generous and giving. He had a great sense of humor and loved to talk with people. Lee’s hobbies and interests included: travel (especially Hawaii), aircraft, motorcycles, history, wood working, fishing, Dodger baseball, reading and photography. Lee volunteered for many years as a docent at the Hemet Museum in the old Santa Fe Depot where he loved sharing his knowledge and stories with friends and guests of the museum. He attended Hemet United Methodist Church and was active in the youth group and the board of trustees. Lee also tape recorded and delivered the weekly church service and delivered the tape to the local radio station KHSJ for broadcast. Virgil Lee Christie died August 21, 2020, at the Menifee Global Medical Center in Sun City, California, at the age of 91. Lee is survived by his two sons, Michael Christie, Michael’s wife, Terry Lee Cobb of Hemet California and Brian Christie, Brian’s wife, Bobbie Jean Christie of Hemet California, his grandson, Eric Allen Christie, Eric’s fianc‚ Sarah Jaramillo of Hemet California, his great-granddaughter, Alexandra R. Duke of Tampa, Florida, his great-granddaughter, Teaghan E. Christie of Stratford, Iowa and one great-great grandson Jaxson, and numerous nieces and nephews. Lee’s wife Lylas Christie preceded him in death on April 11, 1989.