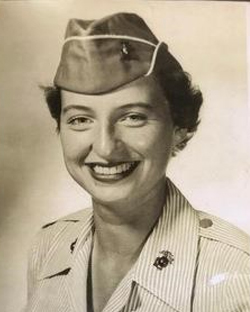 Virginia “Jenny” Cullari Virginia “Jenny” Cullari age 86 died January 12, 2021 peacefully in her home with her family by her side from Kidney Failure. Jenny was born in Huntington West Virginia. She joined the Marine Corps in 1952 where she served during the Korean Conflict and meet and married Sgt Jack F Cullari Sr. USMC. They moved to Hemet in 1965 with their son Jack Jr and daughter Teresa, where they resided for 56 years. Jenny worked at Hemet Valley Hospital for 30 years as a Surgical coordinator where she retired from. She served as the District President of the Ladies Auxiliary for the VFW Post 2266. She is survived by her husband Jack of 67 years, her son Jack Jr and wife Melinda, her daughter Teresa and husband Michael, her brother Roy Hensley of West Virginia, 7 grandchildren, and 6 great grandchildren.