Written by Night For Vets on January 13, 2023. Posted in Gone But Not Forgotten 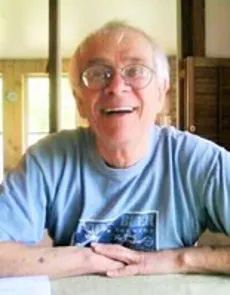 Wallace “Wally” D. Sikorski, 76, of Stevens Point, passed away peacefully on December 22, 2022 with his daughter, Christi Blalock, and wife, Katherine Kluck, by his side, at Whispering Pines in Plover. Wally was diagnosed with a genetic condition, Huntington’s Chorea, in 2013 and was able to live at his Stevens Point home until June of 2021 when assisted living care was necessary.

Wally was born May 21, 1946 to Frank and Elvina (Simonis) Sikorski of Stevens Point, WI. As a young boy, he attended local schools and graduated from PJ Jacobs High School in 1964.

After high school, Wally joined the Air Force and was stationed at George AFB in California from 1966 to 1969 where he was a radio repairman. While stationed in California, he met Linda Seals and the two were married in 1971. Together they welcomed three beautiful children into their family. In 1983, they divorced. In this time, Wally also went on to further his education, ultimately earning his Master’s Degree in Information Technology. He then worked as a computer programmer at Control/Verizon for 20 years. When he met Sandi Robinson, he found his life partner. He and Sandi were married in June of 1986 and lovingly blended the two families. Sadly, in 2009, Sandi passed away. In time, Wally crossed paths with Katherine Kluck and he found love once again; marrying her in June of 2012.

Wally is lovingly survived by his wife, Katherine Kluck, a sister, Pat (Ron) Formella, his children, Scott (Stevie) Sikorski, Christi (Jeff) Blalock, and Kari Sikorski; and his stepsons, Mike and Brian Deford. He is further survived by 16 grandchildren, 10 great-grandchildren, several nieces and nephews, his caregiver, Sarah Yetter, and many dear friends.

Wally was preceded in death by his parents, Frank and Elvina Sikorski, his first wife, Linda Seals, and his second wife, Sandi Sikorski.

The family would like to extend their gratitude and appreciation to the staff at Whispering Pines for taking such good care of this beloved man.