Written by Night For Vets on May 20, 2021. Posted in Gone But Not Forgotten 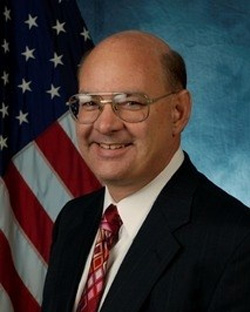 Age 63 years, of Williamsburg, VA, died suddenly on Thursday, May 13, 2021 at his home. He was an accountant and financial oversight auditor for the Department of the Air Force at the Pentagon. He was born in Joliet, IL and spent his formative years in Wilmington, IL and Bloomfield, NJ. He attended Bloomfield Senior High School and William Paterson College in New Jersey, and received a Master’s Degree in Counseling from Chapman University and a Master’s in Business Administration from Golden Gate University in California. He was a Certified Fraud Examiner, Certified Defense Financial Manager, and DoD Financial Management Certification-Level 3. Wally gave a lifetime of service to his community and nation. His first career as a U.S. Air Force officer in the Services career field serving at Norton AFB CA, Patrick AFB FL, Osan AB ROK, RAF Fairford UK, Langley AFB VA, Holloman AFB NM and Kirkland AFB NM. He retired from the Air Force in 1999 after 20 years. As a civil servant, he led financial oversight of Nonappropriated Funds for the Department of the Air Force serving in positions at Langley AFB VA and Washington DC. In addition, he served as a volunteer executive board member of local chapters for the Evangelical Lutheran Church in America, Boy Scouts of America, American Red Cross, Big Brothers and Big Sisters, and numerous other youth-related organizations. Scouting was a continual part of his life from a very early age when he earned the rank of Eagle Scout. Wally served as a Scoutmaster of units in Satellite Beach, FL, Osan AB ROK, RAF Fairford UK, Albuquerque, NM and Hampton, VA. Through his superior leadership, engaging communications and wonderful sense of humor, he motivated boys and transformed small groups into large, successful organizations. He received numerous awards, including the coveted Silver Beaver award and the Lutheran Lamb award. As a world traveler, Wally traveled to over 35 countries, including all U.S. states, Central America, South America, Europe, Middle East, and the Pacific enjoying pursuits like skiing, hiking, backpacking, whitewater canoeing and rafting, and cycling. In addition to numerous extended family, Wally was preceded in death by his mother, Joan Carol Haas Erck. Wally is survived by his father and step-mother, Walter and Ellen Erck; his brother and sister-in-law, Richard (Rick) Erck and Maria Geraci-Erck; his brother, Glen Erck; his niece, Cicilia Erck; several aunts and uncles including Bill and Pat Haas, Gail and Larry McGovern, Ron and Joan Haas, and Randy and Jeannie Haas; several extended family members; and many friends made around the world.