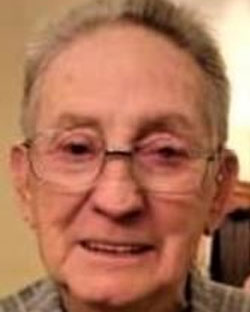 April 10, 1931 – April 24, 2022 Walter James Heim passed peacefully into the arms of the Lord Sun., Apr. 24 with his family by his side in Banning, CA. He was a kind, gentle, loving man and will be greatly missed by his entire family. He was born April 10, 1931 to Walter John Heim and Beatrice Filkins Heim, being their only child. Walter attended school in Colonie, NY before enlisting in the U.S. Navy. He married Grace Ina Relyea on July 1, 1950 and enjoyed 67 plus years together before she passed in 2017. They moved to CA in 1956, living mostly in Pomona where Walter worked as a letter carrier at the Pomona Post Office for over 25 years retiring in 1990. He also lived in other inland valley towns in later years. Walter was a member of Valley Christian Church, Chino. He was predeceased by his wife, parents, and a granddaughter, Lisa Broderick. He is survived by daughters Barbara (Randy) Thompson and Michele (Thomas) Broderick, grandchildren Valena Brooks, Sabrina Thompson, and Michael Broderick; great-grandchildren Payson Miller, Jeremy Walters, Jordan McGarry, Joshua and Pepper Doyle, Matthew and Lilly Broderick, and nieces and nephews. A great-great grandson is due in July.