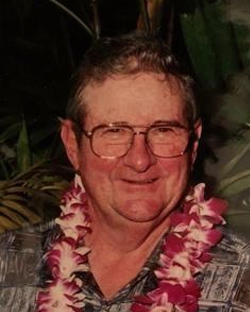 Walter was born in Sedalia, MO to Lorine and Ralph Mosby. As a young man, he served in the U.S. Marine Corps during the Korean War. After his return home, Walt met and married Barbara Ann Curry in 1954. During those years, he worked at Missouri Public Serve until the family moved to Hemet, CA in 1967. Walt worked for the U.S. Postal Service for 21 years and then, upon his retirement, enjoyed driving a truck for a mail contractor. In his spare time he enjoyed golfing, Western dancing, and riding his Harley Davidson. Walt was a member of Our Lady of the Valley Catholic Church, where he served as an usher for many years. Walt is survived by Barbara, his wife of 66 years; his children Wes Mosby (Karen), Dan Mosby (Cressy), Rosemarie Hayes (Sel), and Kevin (Mary Jo); 5 grandchildren and 3 great grandchildrenall will miss him. The family thanks Sunwest for their loving care.