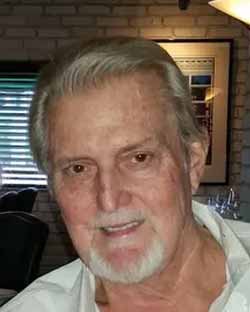 Warren William Eastes, a man who was loved by all and who loved all, peacefully passed away on July 1, 2022 with his beloved wife, Barbara Keedy Eastes of 36 years, and brother-in-law, Doug Keedy by his side. Warren was a long-time desert resident who was born on December 14, 1947 in Indio to parents Ivan and Dorothy Eastes, early pioneers of Indio. He was raised in the Coachella Valley and attended schools in the Coachella Valley School District and College of the Desert. He subsequently served in the United States Marine Corp from 1966 to 1969. Following his service, he returned to the desert and began his career in the men’s clothing business working at the first men’s store in Palm Desert, Ralph Hales, and later worked for Robb Claiborne and Carl Martin. He also opened the first men’s store in the desert’s first indoor mall, now known as the Shops at Palm Desert. Carrying on his family’s tradition, Warren later settled onto the ranch he loved, and began his second career of date ranching, where he lived for the majority of his life. Life on the ranch brought Warren many happy memories including his four rescue dogs who added immense joy to his life and he was always surrounded by friends and family sharing laughter and memories of life in the desert. He enjoyed golfing, fishing, and summertime vacations by traveling in his motorhome visiting family and friends and treasured his time being with the ones he loved. Warren was known for having a larger-than-life personality, his steadfast character, family, and friends were his love and priority. His passions were friends and family and he lived by his values of honesty, sense of right and wrong, optimism and selflessness. Always known for his warmth and sense of humor, outgoing personality, living life to the fullest, and love for Tommy Bahama Hawaiian shirts, he brought laughter and happiness to all he knew. Warren is survived by his wife, Barbara Keedy Eastes, brother-in-law, Doug Keedy and his wife, Sandy Keedy, nephews Justin Keedy, Brandon Keedy, Jonathan Keedy, niece Nicole Robertson and their families.