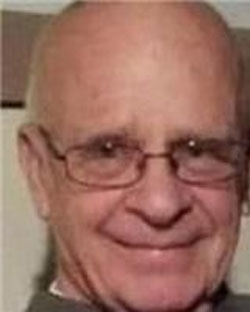 Wayne Hoppens, 82, a loving husband, father, grandfather and friend, died July 4, 2020, after a long illness. He was born in Wichita, Kansas, and was a longtime resident of Three Rivers, Ca., and Barstow, Ca. Wayne was a 20-year veteran of the U.S. Air Force, retiring in 1975. Wayne served as the Barstow Community Hospital administrator and the city’s personnel director from 1976 to 1987. He is survived by his wife, Evelyn; sons Darold “Hoppy” Hoppens; Brian Hoppens and wife, Maria; stepson Scott Wright and wife, Susie; daughter Linda Maestas and husband, Larry; and 11 grandchildren and 3 great-grandchildren. He was preceded in death by his son, Rex Hoppens, and wife, Joanne Hoppens.