Written by Night For Vets on December 10, 2021. Posted in Gone But Not Forgotten 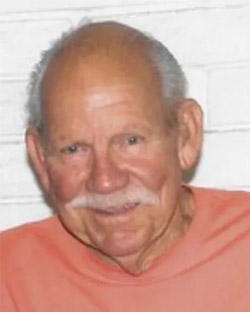 Wayne Edward Morrison passed away on December 1, 2021. He was born on April 5, 1939 in Los Angeles, California to Vye E. and Lucile Morrison. He graduated from Whittier High School in 1957 and entered the Coast Guard in 1961 until 1967. He became a Journeyman Carpenter and a Licensed General Building Contractor. He moved his family to Apple Valley in 1978. He leaves behind his wife of 60 years, Linda Morrison, two children, Dena Morrison Maskell and Dennis Morrison, two Grandchildren, Casey Maskell of New Jersey and Sam Maskell of McKinney, Texas and two Great Grandchildren, Levi and Carly. He was a hardworking man with a wicked sense of humor that kept us all laughing. We will miss him dearly.