Written by Night For Vets on December 17, 2018. Posted in Gone But Not Forgotten 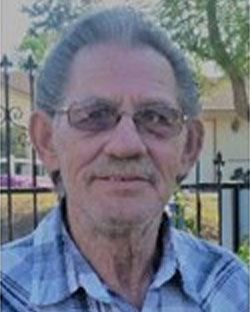 Wilfriend “Willii” Ciesielski Passed away on December 6, 2018 at the age of 73. Willi was originally from Germany. He joined the Navy in 1965. He served in the Vietnam War aboard the USS Rogers. Willi met the love of his life and settled in Riverside in 1971. He worked for Johnson Machinery in Riverside as a Welder for 30 years, he retired in 2007. He loved “tinkering” around in his shop and restoring old cars.

He is survived by his step-daughter Judie Kovarik (Dave), granddaughter Koleen Medina (Tim), Grandson Ray McEneaney, brother Peter Cie (Connie), 7 great grandchildren, along with numerous nieces and nephews. He was preceded in death by his loving wife, Ruth Ciesielski, and his parents, Willi and Betty Ciesielski.