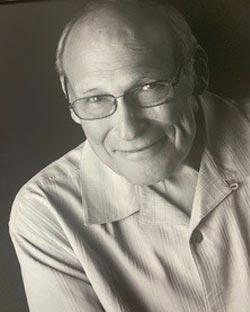 William (Bill) Crabtree March, 17, 1941 – August 18, 2022 Lt. Col. William (Bill) Crabtree, a decorated Air Force pilot and Vietnam veteran, died Thursday, August 18, 2022, with his loving family by his side after a long medical struggle. He was 81 and a 38-year resident of Redlands, Calif. A beloved husband of 58 years and father, Bill taught his children the importance of loyalty, hard work, devotion to family, as well as a deep appreciation for nature. Born on March 17, 1941, in The Dalles, Ore., to Margaret and Richard Crabtree, he grew up in Portland, Ore., playing football and basketball, attending Presbyterian youth camps, and enjoying summers and free time at his uncle’s turkey ranch in McMinnville. Bill developed a deep love of nature and animals through time spent on the ranch with his uncle’s border collies and growing up surrounded by the rugged beauty of the Pacific Northwest. But it was his fascination with airplanes and flight and his dedication to family that shaped his career and life ahead. After graduating from Jefferson High School, he attended Oregon State University, where he met his wife Peggy of 58 years. The couple married in March of 1964. While taking his final college classes, a Navy recruiter approached him and explained that he could qualify for pilot training if he passed their written and physical tests and finished his degree. “Well, I thought if Navy was a possibility, why not the Air Force?” he recalled in a short biography he wrote a few years ago for the local branch of the Military Officers Association of America. “Becoming an Air Force pilot had been a dream that I had given up on years earlier, so this sounded too good to be true.” Bill passed the tests with flying colors and embarked on an Air Force career that would span 24 years and nine assignments, including a 2+-year tour in Vietnam piloting his aircraft of choice, the Lockheed C-130 Hercules. During his service in Vietnam, Bill earned a Distinguished Flying Cross, a medal awarded to pilots who distinguish themselves through heroism or extraordinary aerial flight achievements. His wife Peggy, his true inspiration who supported him every step of the way, agreed to join him in Taiwan, where his squadron was based during his Vietnam tour, with his then-9-month-old daughter, Kathryn. Not long after he returned, daughter Susan was added to the family. Over the next two decades, Bill held several piloting, instructor, and resource management positions that took the family to Kansas, Arkansas, Alabama, Northern California, Hawaii, and Southern California. Bill retired from the Air Force in the summer of 1991. Shifting to civilian life, he worked at Northrop Grumman, training pilots to fly the B-2 stealth bomber. Bill loved working on the B-2 program and learning its complicated engineering systems until the company fulfilled its military contracts. He proudly wore his B-2 tie tack at church or formal events, joking that you couldn’t see the stealthy aircraft because it blended so well into the tie pattern. Now fully retired, Bill returned to his favorite hobbies of birding and learning military aircraft history. Friends and family appreciated Bill’s clever wit, intelligence, love for words (he tackled crossword puzzles every day), passion for politics, and writing talent. He loved puns and plays on words, which he often delivered with a twinkle in his eye. Although several spinal surgeries over 20 years wore away at his health and mobility, he cherished his summers spent at their Eagle Crest condo, near Bend, Ore., close to Kathryn, her husband, and two boys. The family also is thankful for many holidays and special times spent together after daughter Susan moved back to the West Coast with her husband and young daughter Hailey. Bill is survived by his wife Peggy Crabtree of Redlands, Calif.; his children, Kathryn Brant (spouse Lance) of Bend, Ore., and Susan Crabtree (spouse Paul Hennebury) of Encinitas, Calif.; his grandchildren, Joseph Brant (23), Billy Brant (25) and Hailey Hennebury (6), and his brother David Crabtree.