Written by Night For Vets on April 1, 2022. Posted in Gone But Not Forgotten 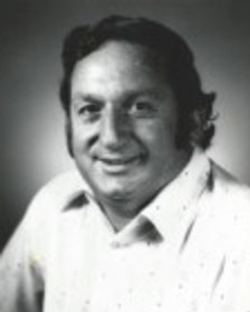 April 5, 1933 – March 7, 2022 William Dillon Jr., longtime resident of San Bernardino, CA., peacefully passed away at his home on March 7 of natural causes. William was 88 years old. William (aka Bill, Willie or Red) was born on April 5, 1933 in Armona, CA. Bill is survived by his sons: David Dillon, Steven Dillon and his daughter Julie Keating, 7 grandchildren, 5 great grandchildren and 4 brothers. He was preceded in death by his parents, William M. and Ada M. Dillon, his wife Delores Dillon, his son Douglas Dillon, his grandson Mark Dillon, his 2 sisters and his 4 brothers. William met and married the love of his life Delores J. Hall on December 12, 1952 while serving at Hill AFB in Ogden, UT. He proudly served his country in the United States Air Force, AF 1952-1954, 62 SQ1965 COMM 1955-1988 until he retired in1988 as an Outside Communications Foreman. William worked on the family farm in Armona in his younger days. William donated 15 gallons to San Bernardino/Riverside Blood Bank (LifeStream). He was a member of the American Legion 777 and Clampers 1069 (Billy Holcomb Chapter). Our father was a hard working man and taught us so much. We will miss and think of him every day. We would like to thank all of William’s family and friends for their prayers and condolences.