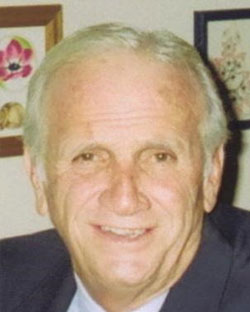 Bill was born in Chicago, IL., to John Ferra and Vitalina Lucchesi on October 1, 1937. He attended Hirsch Metropolitan High School and Loyola University Chicago night school pursuing a career in sales. In the early 60’s he enlisted in the Marines and went through training at Camp Lejeune N. C. Back in Chicago he worked for the Illinois Central Railroad, city of Chicago and was in sales for a time at a near-north side Cadillac dealer.

In 1974 he moved to Los Angeles, Ca. where many of his family had moved to earlier. There he worked for First Los Angeles Bank, Maritime Bank and the Trans-Pacific Pipeline. He eventually retired to Palm Springs. There he ran for mayor in 2007 and again in 2011. He did not win either race, but he did not finish in last place either. He certainly had a varied life and made many friends (good friends) along the way. He was preceded in death by his parents, his brothers Bob and his wife Gracie and Ray and is survived by his sisters Holly and Mary and his brother Jack and many nieces and nephews plus his long time friend and partner Ron.