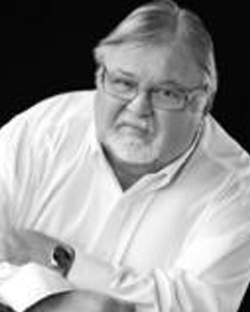 William Douglas Gillespie. He was known to his friends, family and community as Doug, Dad, Grandad and Mr. G. Doug passed away at home in his sleep on 1-9-2021, with Jan by his side.

He was born on 1-30-1947 in Knoxville, TN to Louise and Hugh Gillespie. The family moved to Clausen, MI a suburb of Detroit to find work after WW II.

Doug attended school in Clausen and graduated from Clausen High School in 1965. He entered Central Michigan University where he studied to become a teacher. He dropped out of college to join the Marine Corps in 1966, where he later served 13 months in Vietnam. He left the Marines in 1970 and stayed in Southern California where he was last stationed with the Marines.

He met his first wife Dawna and they married in 1972 . They moved to Apple Valley in 1976 where they raised 2 sons, Bryan and Chris. Doug worked at Dial Finance in Victorville then Thrifty Drugs in Apple Valley. He was a familiar face in Apple Valley, coaching soccer for his sons and on a bowling team. After Doug & Dawna divorced he went to work at Waterbed Connection/Wood Gallery where he met Jan. They married in 1988 and he gained another son Jason Hoehn.

Doug continued his education for over 20 years taking night classes while working full time. Doug graduated from Cal State San Bernardino with a BA in 1990 and continued to work toward his Master of Arts degree in Education with special credential in reading which he received 2001. He reached his lifelong goal in 1994 of becoming a teacher at Sandia School in Apple Valley. He taught there for 17 years and will be remembered by his many students.

Retiring in 2011 he had time for his many passions, golf, travel, reading, grandkids soccer and other activities with the family.