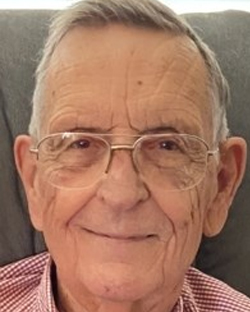 March 15, 1934 – December 12, 2021 Bill Layne, age 87, passed away peacefully surrounded by his loving family. He was born to Stanley and Lyda Layne in San Bernardino, CA and spent most of his life in the Inland Empire. He grew up in Colton and graduated from Colton High School in 1952. Following graduation, he began his Civil Service career in 1952 as a jet engine mechanic for four years. In 1957, he joined the Army and served two years as a Crew Chief at Fairbanks, Alaska. In 1961, he resumed his Civil Service career as a Propulsion Supervisor for the California Air National Guard, Ontario, CA. and served for 13 years. In 1974, Bill became a Quality Assurance Inspector on the B-1A program at the Air Force Plant Representation Office, Rockwell Corporation, Inglewood, CA. He insured compliance with component calibration schedules, aircraft and engine assembly. He also served as a Quality Assurance Inspector AFPRO, Northrup Corporation, Hawthorne, CA. In 1978, he became a Maintenance Technician for engines in Detatchment 6, 2762 Logistics Squadron. He oversaw complex engineering upgrades to the SR-71 Spy Plane. He was first promoted to Section Chief and later to Technical Services Branch Chief. After 12 years and the disbandment of the Detachment 6 in 1990, he became an Acquisition Management Specialist, Air Force Inspection Agency, Norton AFB for his last years of employment. In 1956, he married his wife, Yavonne Taylor and they raised three children in Grand Terrace, CA. He loved sports and was an avid fan of UCLA basketball and USC football. He was involved in Colton Little and Pony Leagues and Rialto Boys Basketball. Upon retirement, he and Yavonne moved to Yucaipa where he was available for babysitting grandchildren in Yucaipa and Corona. He became their personal taxi to school, practices and coached his grandsons’ basketball teams. He always made sure he was there for any event, big or small, in his children’s and grandchildren’s lives. This continued with his great-grandchildren also. He leaves behind his wife of 65 years, Yavonne; his son Bobby Layne (Laura) of Upland; son Roger Layne of Banning; daughter Suzanne Matich (John) of Beaumont; his grandchildren: Tina Hernandez (Benny), Becca Baumann, Trevor and Allison Layne, Nikolas Matich, Alicia Warnick and Katie Matich Padilla (Kevin); his great-grandchildren: Madeline and Christopher Hernandez, Bently Matich and Karlee; Karson, Konnor, Kevin and Taylor Padilla; his sister Beverley Caso (David) along with nieces and nephews. His beloved grandson, Taylor John Matich preceded him in death. He was dedicated to his family and was the epitome of unconditional love and support.