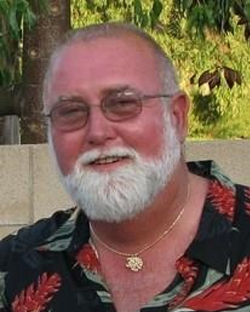 William Victor Phipps, age 71, passed away peacefully after a hard-fought battle with cancer, surrounded by his loving family on May 8, 2020 at his home in Moreno Valley, CA. Bill was born on August 20, 1948 to parents William E. and Lucille M. Phipps. He was the third of five children and the oldest son. He grew up in Torrance and graduated in 1966 from South High. After graduation he enlisted in the Navy and served two tours in Vietnam. After he left the Navy, he went on to receive his Associate’s Degree in HVAC from El Camino College and began his career as a Union Pipefitter for Los Angeles Local 250 in 1977. Bill met and married his wife Linda Girard in 1977 in the South Bay area and moved to Sunnymead in 1980 with their four children. He and his family were involved in the Moreno Valley cityhood drive, community sports and have resided in the city continuously for 40 years. Bill was a very dedicated family man and made sure to make it to as many of his families’ activities as possible, even after a long commute from the LA/Orange County area. The closest to his heart were his grandchildren, great grandchildren, hanging by the pool, listening to good music, having a few beers and laughing with his family and friends. Bill is survived by his wife Linda; sons, Raymond and wife Tamera Phipps of Riverside, Steven and wife Pamela Phipps of San Jacinto; daughter Sarah and husband David Dalgleish of Gibbon, MN; grandchildren Katelin and husband Roman Arzola, Ashley Phipps, Kellie Phipps, Karyn Phipps, Samantha and Victor Dalgleish; great grandchildren Trevor, Victoria and Vivian Arzola, Jayden and Jeremiah Phipps, Scarlett Aceves and Elisabeth Munoz. Bill was preceded in death by son Victor Phipps, parents, sisters Marlu Phipps and Donna Morrison, brothers William E., Jr. and Lynn Phipps. Words cannot express the hole left in our family with his passing. He was the rock that we most depended on.