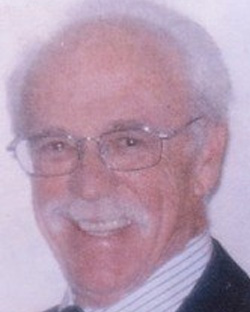 William Bryan Shook passed away peacefully on October 12, 2021 in Highland CA. 92346. He was born in Lubbock, Texas on February 5, 1941 and was a graduate of California State University San Bernardino with a Masters Degree in Education, Bachelors Degree in Vocational Education, Marketing Degree from San Bernardino Valley College and High School Diploma from Pacific High School. He served in the U.S. Army at Fort Ord, California, Camp Howze, Korea, with the Ist Cavalry Division and Fort Huachuca, Arizona from 1960 to 1963. He lived in Lubbock, Texas from 1941 to 1950, moved to Oakland, California for a year, five years in Sharp Park and on to San Bernardino in 1956 until the present. He worked with 7-up Bottling Company from 1963 to 1965 as a driver/salesman and president of the union. He then went to work for Shook Graphic Equipment, a family owned business with his dad and brother with offices in San Bernardino, Riverside and Las Vegas from 1965 until the sale to Astro Office Products in 1990. He received his Instructors Teaching Credential in business, industrial management, marketing and distribution and taught at the following colleges for over thirty years, as Adjunct Faculty at Riverside Community College, San Bernardino Valley College and Crafton Hills College. He received his Professional Clear Teaching Credential: Designated Subjects, Adult Full Time, elementary and secondary basic skills and was a substitute at Banning and Beaumont School Districts teaching K-12. He retired from Inland Empire Job Corps in 2005 where he taught reading and career prep. He was active in the community serving as president of the Uptown Exchange Club, and Arrowhead Toastmasters #756, a member and board member of the Rotary Club of East San Bernardino and San Bernardino Executives Club, membership in the National Speakers Association, American Society of Training and Development, San Bernardino Chamber of Commerce, Elks Lodge #836, Epsilon Pi Tau the International Honorary for Professions in Technology, served as a jury foreman, and worked on YMCA and Arrowhead United Fund Drives He is survived by his wife PIA; 3 sons Jody, Billy, and Steven; brother John & wife Sharron; sister Susan; 3 grandchildren and 1 great grandchild. He was dedicated to his wife, family, community and Catholic faith. He was loved by his family and will be greatly missed.