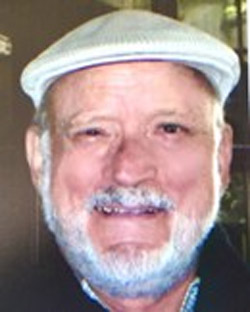 It is with sad hearts and joyful memories that we say goodbye to our husband, father, grandfather & friend. Bill passed away peacefully at his home in Riverside, California. A native Riversider, Bill always chose to look at change and progress in his hometown with a positive light, knowing the sacrifices it took to live in a free and just country. His kind and humble manner-with a hint of humor- made him a joy to be around. He knew the peace of nature from his many outdoor adventures in the mountains of California and he also knew the pain, for he rescued those who were stranded as a volunteer with the Riverside Mountain Rescue Unit. He appreciated creativity and intellect, but also just the simplicity of visiting with his family and friends around the dinner table sharing a wonderful meal and a glass (or two!) of red wine. Many of those dinners came from the Pacific Ocean after a day of scuba diving!

He served in Korea, was a UCR graduate, and ran his business, Speck Engineering. He enjoyed backpacking, skiing, photography, and in the 1950’s -raising and breeding Arabian horses in Riverside. After retiring he discovered the art of woodworking and love of travel with his wife Mary, enjoying and discovering their roots in Austria and Italy while continuing their love for San Clemente.

He is survived by the love of his life, his wife of 55 years, his Mary Ann; his three children Philip (Candyce) Speck, Steven Speck and Cindy (Scott) Provorse; his grandchildren Shori (Peter) Patten, Lyndee Sea Speck, Owen (Lara) Provorse, Samuel Provorse and Marlo Provorse; his two great grandchildren Kaitaro and Kenji. He was preceded in death by his father William Howard Speck, his mother Evelyn Hargrave and his brother Richard Speck.