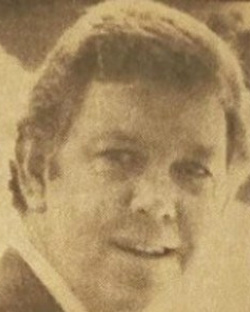 William J. “Bill” Tucker passed away October 14, 2020 in a local hospital following a catastrophic heart attack. He was born in Pomona, CA, raised in Covina and lived in Riverside and Visalia before settling in Benicia 23 yeas ago. A three sport athlete in high school, he attended LaVerne College on an athletic scholarship, but left college to travel in Europe for a year. There he taught himself to play the guitar, which he continued to play for school children, churches, friends, and family for the rest of his life. After Europe, Bill enlisted in the Navy (1966-1968), married, and graduated from California State University, Los Angeles. Drawn to helping young people, he joined the Riverside County Probation Department, Juvenile Division where he rose to the rank of Chief Deputy Probation Officer. He was recognized for initiating innovative treatment programs for young women and for promoting positive restorative justice approaches for young people. He was a Little League coach, a member of Kiwanis Club, a Benicia Bocce player, an American Legion member and a supporter of Tony LaRussa’s Animal Rescue Foundation. He is survived by Sharon, his wife of more than 53 years; daughter Allison Leigh (David) Grumio; son Jason William (Lori Gentry); brother James Norman Tucker; nieces and nephew Lilli, Jimmy and Patti; great-nephew Richard Lyon; and Bill’s only granddaughter, Isadora Marguerite Grumio.